skip to main | skip to sidebar

A nice compliment from a teacher from NYC!

I am an art teacher at the lower Calhoun School (ages 5 - 7), a progressive private school on the Westside of Manhattan in New York City. My husband and I were in Ireland on vacation just last week. We were fortunate to have visited The Sligo Art Gallery, where we saw SODACAKEVILLE. We both marveled at your project for its ingenuity and creativeness, and also for its sheer entertainment value. Congratulations to you and your colleagues for this beautiful piece of work.

At Calhoun, we are in the process of changing our curriculum. I consider SODACAKEVILLE a model for possible projects that we might attempt here. I would very much like to share your DVD with my co-workers and was wondering if it would be possible for us to have a copy of the DVD.

I am exploring recycling as a major component of our art curriculum. Our concept, so far, is to use New York City museums as a classroom. Your innovative and timely video would be a perfect addition to our program.
Posted by mixadacat at 12:26 PM No comments:

Julie's other blog about the project!!!

Posted by mixadacat at 5:43 PM No comments: 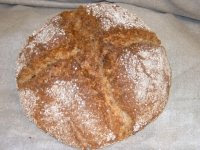 The period between 1919 and 1922 in Limerick saw such intense class conflict that it was dubbed the ‘red flag’ years. The following three years saw ongoing and intense strike activity. Soviets were established in Knocklong in 1921 and in Bruree and Castleconnell in 1922. When workers took over the factories in these towns they would hoist a banner, like in Bruree, where they declared ‘Bruree Soviet Mills – We Make Bread Not Profits’.
From an article by Dominic Hough, (click title of this entry to find article in full)

Members of the Trades Council had produced a workers paper called The Bottom Dog.
Posted by mixadacat at 4:11 PM No comments:

Well done all for winning the award for Most Innovative Film in the junior category at the recent Fresh Film Festival! I hope you worked out a way to share the T shirt...
The NLH have some pictures of the day, I will try and get them for posterity.
I have just heard that we haven't got funding to go ahead with The SODACAKEVILLE at present, too bad our little place will have to stay in Limbo, at least for the present. See the link below for interesting stuff about The Limerick Soviet....we could have had some fun with the ideas contained in this little known piece of history, but perhaps you are all out on the streets commemorating the event anyway?
So long for now from faraway Cork
Posted by mixadacat at 3:53 PM No comments: 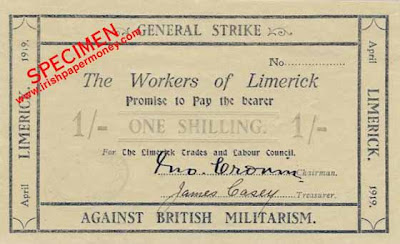 My ears are still peeled about goings on in the Sodacakeville part of the world and I just heard something interesting about Limerick on the radio today, that would have been great fun to reference in The Sodacakeville ..have you heard about the Limerick Soviet?
this week in 2009 marks the 90th anniversary of The Limerick Soviet (Sunday 13th - Sun 27th April 1919)
When Limerick citizens rebelled against a decree by the Royal Irish Constabulary of a Special Military Area which stopped them moving freely, now they needed permits to enter parts of the city and to go to work (this meant that workers travelling to work over the Sarsfield Bridge and Thomond Bridge required permits).- The conflict arose due to the threat of gathering crowds - (15000 people) in attendance at the funeral of a respected Trades Union man (Robert Byrne) who was killed while being sprung by the IRA from hospital where he was being treated for the effects of his hunger strike (2 RIC men had also died in the skirmish so tempers were high and the guerrilla war was in it's infancy in the new and somewhat compromised Republic). The Trades Union set up a committee which printed their own money, controlled food prices and published newspapers - local trades people honoured the money (and at the end of the strike there was a kitty of £1000 left in the fund). All of this became world news because a contender for the first flight across the Atlantic had elected to begin his flight in Shannon so the world media was focussed here. The strike was dubbed The Limerick Soviet by the Times newspaper and despite the attempt at derision the people welcomed the name.... "soviet" (meaning a self-governing committee) which had become a popular term after the 1917 revolution and hopeful new beginnings in the USSR.
An American journalist, Ruth Russell wrote that "... the bells of the nearby St Munchin's Church tolled the Angelus and all the red-badged guards rose and blessed themselves." After two weeks the Sinn Féin Lord Mayor of Limerick, Alphonsus O'Mara, and the Catholic bishop Denis Hallinan called for the strike to end, and the Strike Committee issued a proclamation on stating that the strike was over.
Rather long winded but there ya go... not something you learn in the school history books, it is a little known piece of history being commemorated publicly for the first time (I think) this year.
see video here:
http://www.youtube.com/watch?v=js0FR8GkBEo
Posted by mixadacat at 3:50 PM No comments: 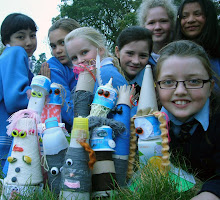 Animations and Other Interesting links